If tech geeks suffer from susceptibility to “shiny object syndrome” (SOS), then social media lovers are just as prone to catch SAS: Shiny Algorithm Syndrome. With site after site popping up, purporting to rank, measure, and compare users on their social media influence, it’s inevitable that some will read way too much into their usefulness and consider the scores an end unto themselves. 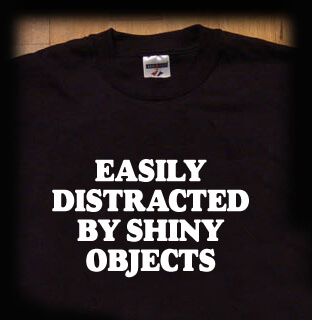 Shiny algorithm syndrome started online long before the Klouts and Empire Avenues of today. Alexa and Technorati have had their own arbitrary rankings of site popularity and influence for quite a while. While fine for a general benchmark, people still get carried away by their numbers. Some companies refuse to partner with others that don’t meet a particular Alexa rank cutoff. Google itself is the biggest source of shiny algorithm syndrome. Search engine rankings have become the ultimate algorithm that distracts site owners from real business objectives. Business owners are so distracted by “rankings” that they pay thousands of dollars to SEO companies to get them #1 positions for keywords that don’t bring in revenue. Businesses don’t care. They’re just happy to be “at the top.”

So how can you tell if you’ve caught shiny algorithm syndrome and gotten distracted from real goals? Here are a few symptoms:

1. You know your Klout score.

We remember things we care about. If you remember your Klout score, you probably care about your Klout score. You may say that it’s out of pure sociological interest that you keep looking, but let’s face it – you want that score to go higher and people to take notice.

2. You got upset over Klout’s recent algorithm changes.

Late in 2011, Klout announced a major change to its algorithm that caused the scores of many to see major lifts or drops. Some took the change in stride since the change was applied across the board. Others reacted very negatively, sending e-mails to Klout, calling for the change to be reversed. Some even went so far as to kill their Klout account in protest. The idea that you think Klout owes you anything is just a little silly.

Feeding the beast, are we?

Think about your motivation for doing this. The only reasonable explanation for this behavior is that you want to be more influential. And you want others to notice. The trouble is, you may be putting time into trying to increase your influence in a very artificial way. Instead, why don’t you write something, create something, or help someone in a way that makes a difference and reveals your true expertise?

(In case you aren’t familiar with +K)

4. You know how you score on other “egometrics” besides Klout.

Do any of these ring a bell?

You can get easily caught up in every new egometric site that pops up, trying to boost scores, figure out the systems, and convince people you belong at the top of the social food chain. Regardless of what any of these companies may claim, each is built to snare people in via shiny algorithm syndrome and provide very little value or guidance in how to be truly influential.

What does this have to do with SAS? You subconsciously feel like attributing that awesome joke or video you posted to the original sharer will dilute your ability to get credit. You didn’t find it, but you want all the glory. Maybe you’re afraid that giving attribution will prevent your post from spreading as much, or will dampen the positive karma. No matter which way you’ve justified it, you’re trying to fabricate your awesomeness. Why not just be awesome instead?

6. You focus on social ratios.

If you care about appearing better than average, then you have a grade-A symptom of SAS. This can come in many forms. Do you care about maintaining any of these?

– More followers than “following” on Twitter, Pinterest, Google Plus (Circlers, I know!)
– More recommendations for you than recommendations you’ve given on LinkedIn
– More inbound messages to you than outbound

7. You spend all of your time interacting with other “influencers.” 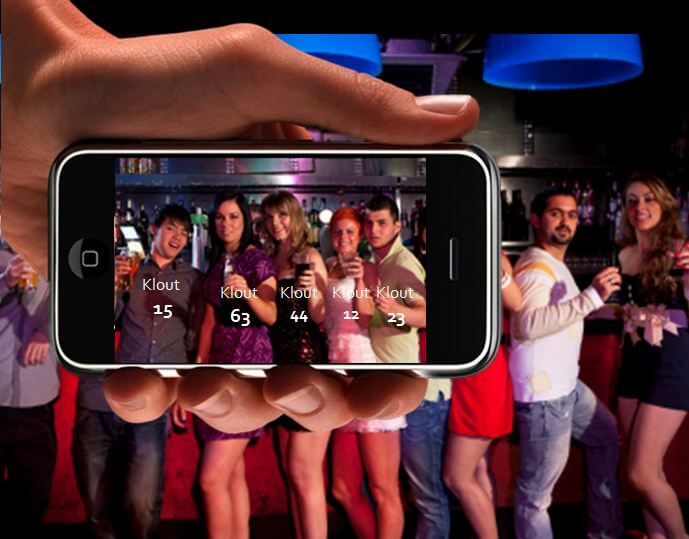 Let me guess. The only way to become an influencer is to start acting like one, and the only way to start acting like one is to stop playing in the minor leagues. And that requires only surrounding yourself with Big League names and distancing yourself from the Triple-A players , who surely aren’t going anywhere and will only drag your reputation and scoring down. If you don’t really feel that way, then why all of the online name-dropping?

Any of these sound familiar?

“If I’m going to make an impact, I need to make friends with the people that are already making an impact.”

“Maybe I’ll reply to some of these lesser folk through DM instead of publicly.”

Just last week, I asked a local-turned-national figure if he knew of any local marketers with his same specialty who I could connect with. His response: “Sorry, I don’t get out much. Don’t know many locals.” How can you call yourself an expert or an influencer if you can’t even talk about the local ecosystem? It’s evident you care too much about appearances.

8. You change your posting behavior to help your scores.

Maybe you ask questions that you don’t really care about the answer to (or already know it) just to get a response. Everything you post must be optimized for maximum engagement and spread. You make sure you don’t go more than 120 characters on a tweet, so that you can easily get retweeted with attribution. This is a classic example of inauthentic, metric-driven behavior.

9. You believe your own hype.

If you think your Klout score means anything substantive about your influence as a person, you probably have shiny algorithm syndrome.

The issue I take with social influence scoring is the idea that people can be algorithmically segmented and profiled as influential, not influential, or somewhere in between. It’s like saying that the smartest people are those who score highest on the SAT. A high SAT score, in my book, demonstrates someone’s ability to score well on the SAT first, and demonstrates true intelligence a distant second.

Pinterest has tapped into an interesting and creative way to facilitate online communication and marketing. A Pinterest user “pins” images from the web that resonate with them onto their themed “board”, which then can be “repined” by other users thus adding it to their own boards. Popular photos can go viral, getting pinned thousands of times.

I recently graduated from university with a masters degree in Information Systems Management. This was a very exciting achievement for me, finishing university is something that not everyone has the opportunity to do. While I was attending I stumbled upon Internet marketing and everything that it entails. I was enthralled by it and read everything I could find. After I had read and studied about Internet marketing for about 8 months, I discovered that my university offered an Internet marketing class. I immediately signed up for it and imagined that it would be an awesome class where I would take my skills to the next level.

People love to use the word “debunked” in blog titles. At the time of this writing, there were 40,000 exact match results in Google for “social media myths debunked.” There’s just something heroically Mythbusterish about picking apart commonly-held social media beliefs. But what if it’s the debunkers who need “debunking?”

Original content is the Internet’s favorite illicit drug. Those online groups who claim to be the gatekeepers of all that is good, bad and truly ugly on the Internet covet it. You could sell it to the parents’ basement dwelling 4chan’ers or trade it to redditors looking for their next opportunity to karma-whore. So, what is original content and why should you, a reputable businessman or woman, be concerned with it?